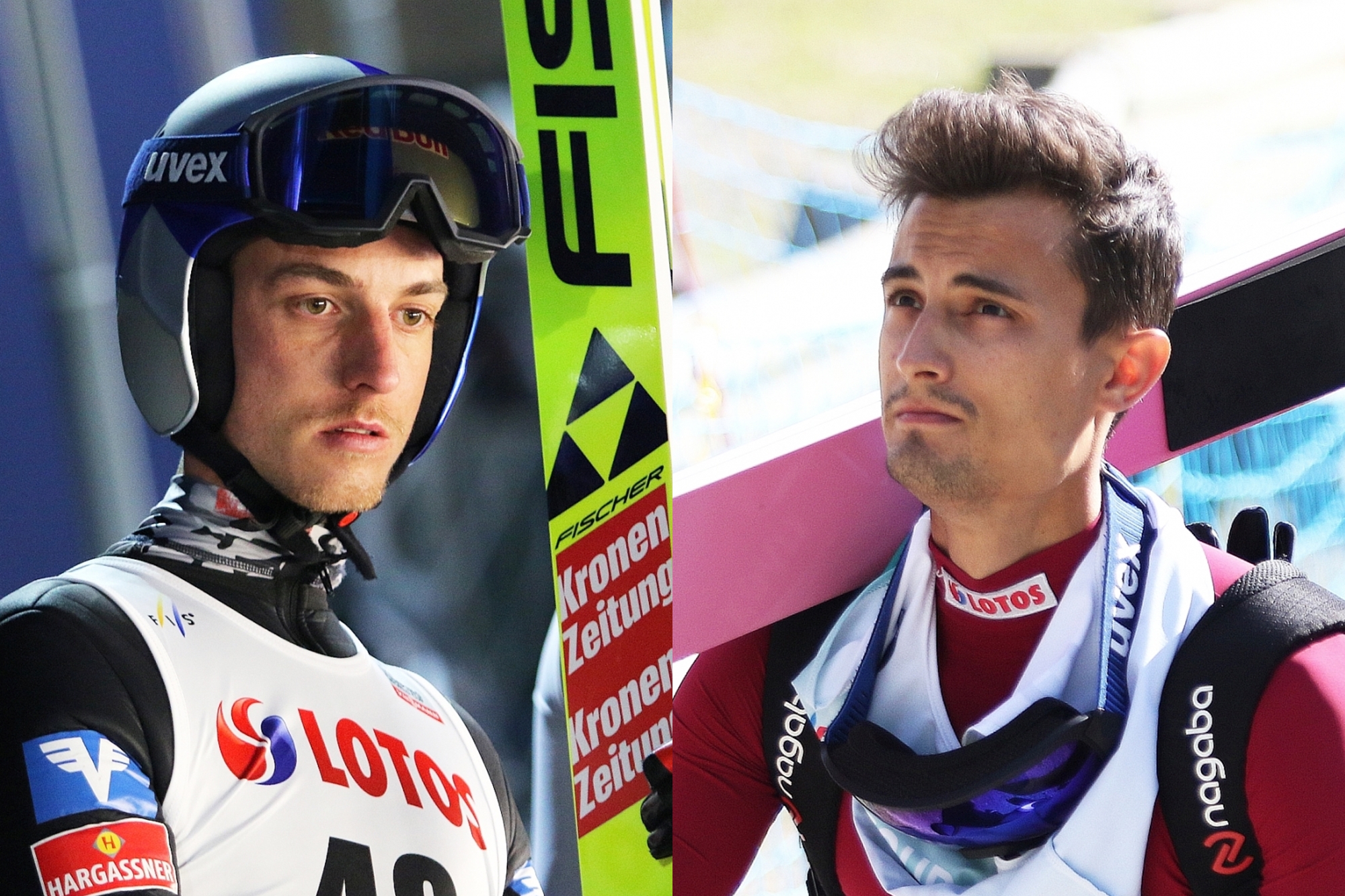 The end of Gregor Schlierenzauer’s career has caused quite a commotion in the ski jumping community. His sports colleagues and rivals are also commenting on the legendary Austrian jumper’s farewell from his sport. “He has finished his career as one of the best ski jumpers in history. It’s proven not only by the statistics, but also by the style in which he did it. I have a great deal of respect for Gregor due to the decision he made”, said Maciej Kot.

Kot: “I knew from the start that Schlierenzauer was world champion material”

Maciej Kot and Gregor Schlierenzauer have often been compared in terms of their demeanour on the hill as well as their work ethic. While keeping their respective sporting achievements in proportion, both athletes have always been incredibly (and perhaps sometimes excessively) ambitious and completely focused during key moments in their careers. Both the Pole and the Austrian were among the type of athlete who fully keeps their focus during a competition and relatively rarely allows themselves to relax or show excessive emotions.

What’s the 30-year-old Zakopane native’s reaction opinions like these? “It’s a nice comparison because Gregor was one of my idols. Of course, in the beginning, my biggest idol was Adam Malysz, but Gregor Schlierenzauer later joined that group. He impressed me from the very beginning – not only with his results and his go-getter attitude, but above all, with the style in which he started winning. I met him for the first time at a competition in Garmisch-Partenkirchen, where we competed as kids. Back then, the name ‘Schlierenzauer’ was still unknown and hardly anyone even knew how to pronounce it. One year later, we met at the Junior World Championships in Kranj, where the winner was… Gregor Schlierenzauer. I was already impressed by his jumping style. He then went on to make a great career for himself very quickly. The hill record jumps and the margins with which he won were evidence of the greatness of this competitor. I had seen him compete before and I knew from the beginning that he had the potential to become a great champion of the sport. Until the end of his career, Gregor jumped with his characteristic style that I really liked”, he recalls.

Gregor Schlierenzauer later succeeded in setting the impressive record of 53 World Cup victories between 2006 and 2014. Maciej Kot, on the other hand, got a taste of the highest World Cup podium step only twice. Although they have never been on the podium of an individual elite competition together, they’ve stood on the same podium after a team competition. Has the AZS Zakopane athlete ever tried to imitate the Austrian’s extremely effective style?

“Of course, Gregor’s jumping was analysed by everyone, because when you win with such an advantage over the others, everyone wants to find out what makes the difference. The problem is that it’s not easy – or even possible – to copy someone so precisely. You can only notice differences and the evolution in terms of their jumping technique. Someone suddenly starts to take off with more of a forward lean, or starts to position the skis differently during the flight… The jumping style, however, is an individual realisation of the jumping technique. Even though there is just one correct jumping technique that’s similar for everyone, every competitor does it in their own individual style. Gregor’s style was unique and very aesthetic, at least for me. He was an athlete who deserved high style marks from the judges”, Kot praised the Tyrolean. “Although I sometimes analysed his jumps and tried to imitate him, I never came close. It wouldn’t have worked anyway, because forcing yourself to imitate someone often ends badly. You have to start by analysing your own strengths and weaknesses”, he added.

A loner at the ski jump, a friendly guy after hours

When asked whether the Austrian jumper’s character resembled his approach to the sport, Kot said: “Our paths must have been similar because we both struggled to get back into good jumping. At certain times, Gregor showed that he was close to coming back, but it’s obvious that he never made it back to the level he was at before. I have a great deal of respect for him due to the decision he made. I don’t take it negatively. He has shown that he’s a man who’s not afraid of new challenges and who just wants to enjoy life all the time. He had given himself some time to get back to jumping well, but when he couldn’t manage to become as successful as he had been before, he couldn’t find satisfaction in what he was doing. He is a man of many passions and I am sure he will find something he’s passionate about and he’ll give it his all”, he emphasised.

There were often many different opinions about Gregor Schlierenzauer’s approach to ski jumping in the reality of competing. Some admired the Tyrolean for his complete dedication and focus on his work, others were baffled by his approach of becoming perhaps excessively separated from any external stimuli. “When it comes to his character, the opinions will probably vary. Some people were impressed by his psyche or his secretive behaviour, because Gregor rather kept to himself. He would focus very hard and was not available to everyone. On the other hand, if someone got to know him from a more private perspective, he turned out to be a warm, friendly person with a lot of passions. But not everyone got the chance to get to know him away from the ski jumping hill. I know that there are both supporters and opponents of his lifestyle. However, I was fine with it because I have also always been a fan of focusing on work and jumping when I’m at the ski jump. There are athletes who need to switch off and just focus on jumping far”, Kot explained.

Kot believes he’s on the way back to top form

Much like Gregor Schlierenzauer a few years ago, the Polish national team representative is now at a turning point in his career. As the “thirteenth national team member”, he is preparing for the Olympic season individually, separated from the team led by head coach Michal Doležal. The search for his top athletic form has guided Maciej Kot onto uncharted territory, and his own training plan, prepared together with his coach and brother Jakub Kot, is meant to bring what the outstanding Austrian athlete had failed to achieve – a successful comeback to great jumping form and impressive results in top-level competitions.

What does Maciej Kot himself have to say about that? “You can’t break down and get discouraged. I have faith in myself and I believe that I can get back to proper jumping. Looking at the numbers, I’m a year younger than Gregor is, so half-jokingly, you could say I have a year’s advantage. It’s a matter of believing in yourself and drawing satisfaction from what you do, even in training”, he assures.

Maciej Kot also told us about the current stage of his preparations for winter. “I would like to end the season with some good performances at the the Polish Championships in Zakopane held in October. It’s really the final stretch before winter. Time will fly by quickly now and every day is very important, so you have to take advantage of them all. You have to prepare yourself so you’ll be in good shape for the winter. With good jumps on plastic mattings, you can gain a lot of confidence and faith in the good work you put in during the summer. We are waiting for equipment tests and the ice tracks in Zakopane. When it comes to training locations, we are in a comfortable situation”, he concludes. When asked if he will get a chance to join the national team’s training camps ahead of the winter, he answered: “Not everything depends on me. A lot will depend on our talks with the national team coaches. I know that I will go to one of the camps abroad, because that’s planned for equipment testing time. That will be the moment when the national team’s composition for the winter will slowly fall into place.” 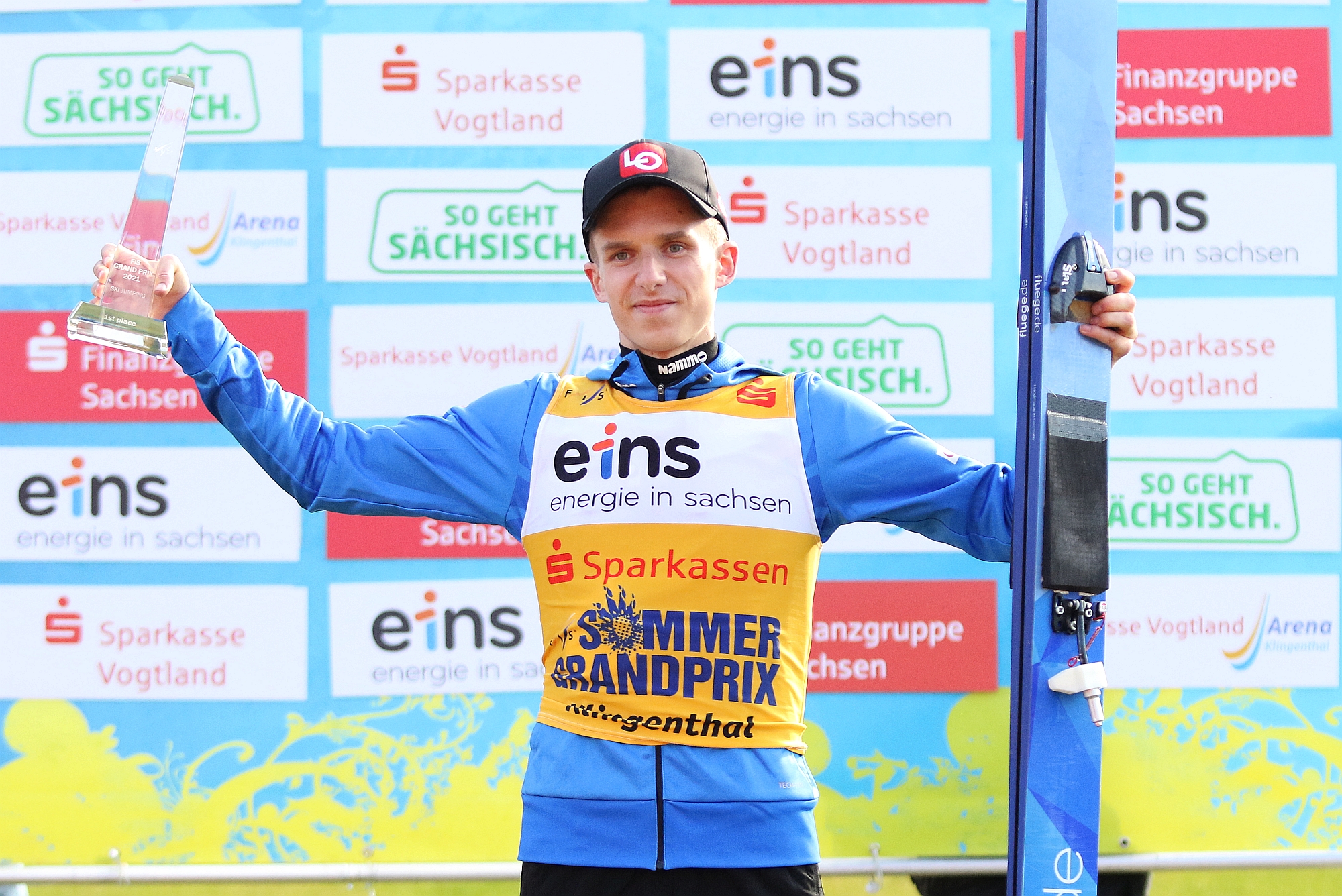 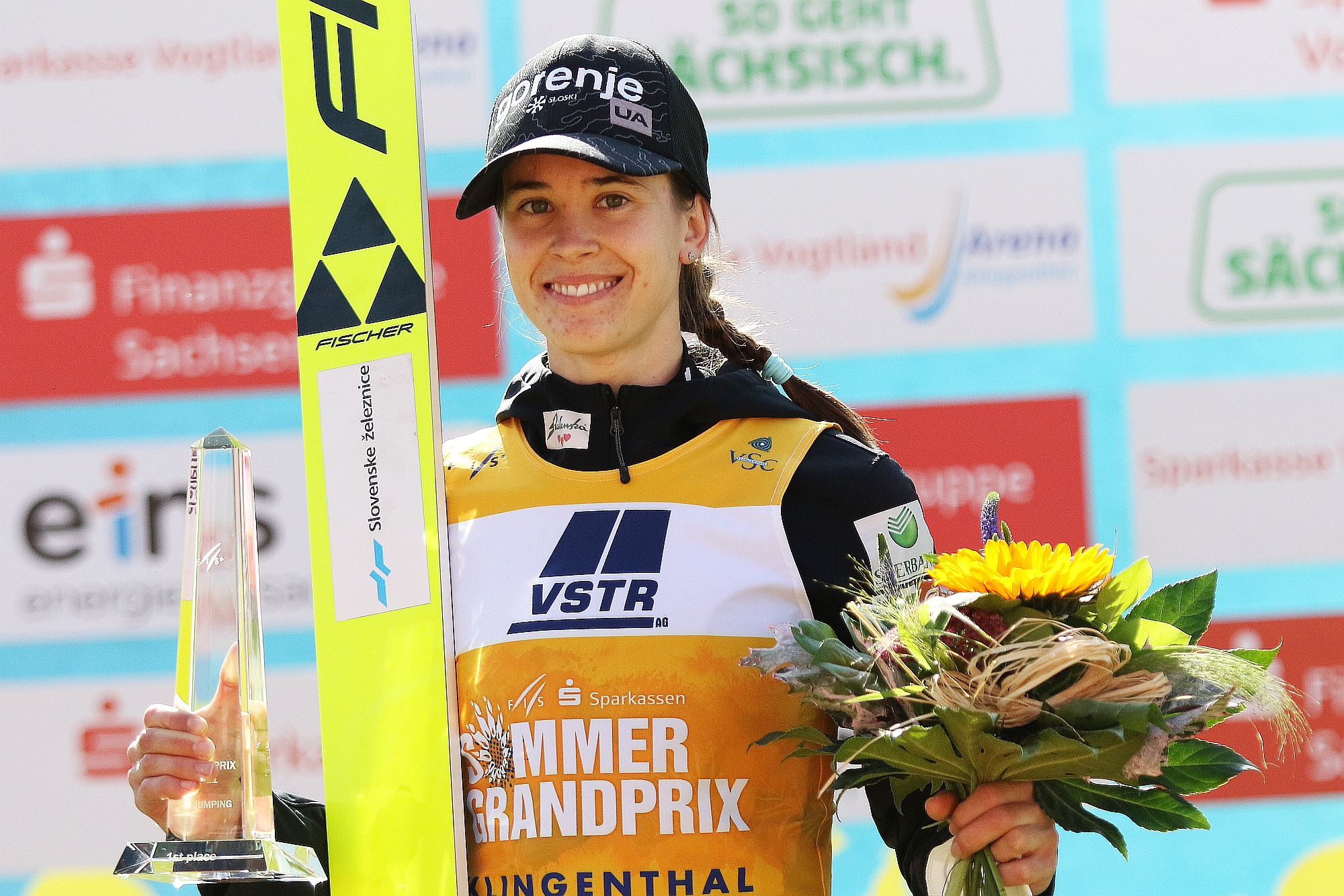 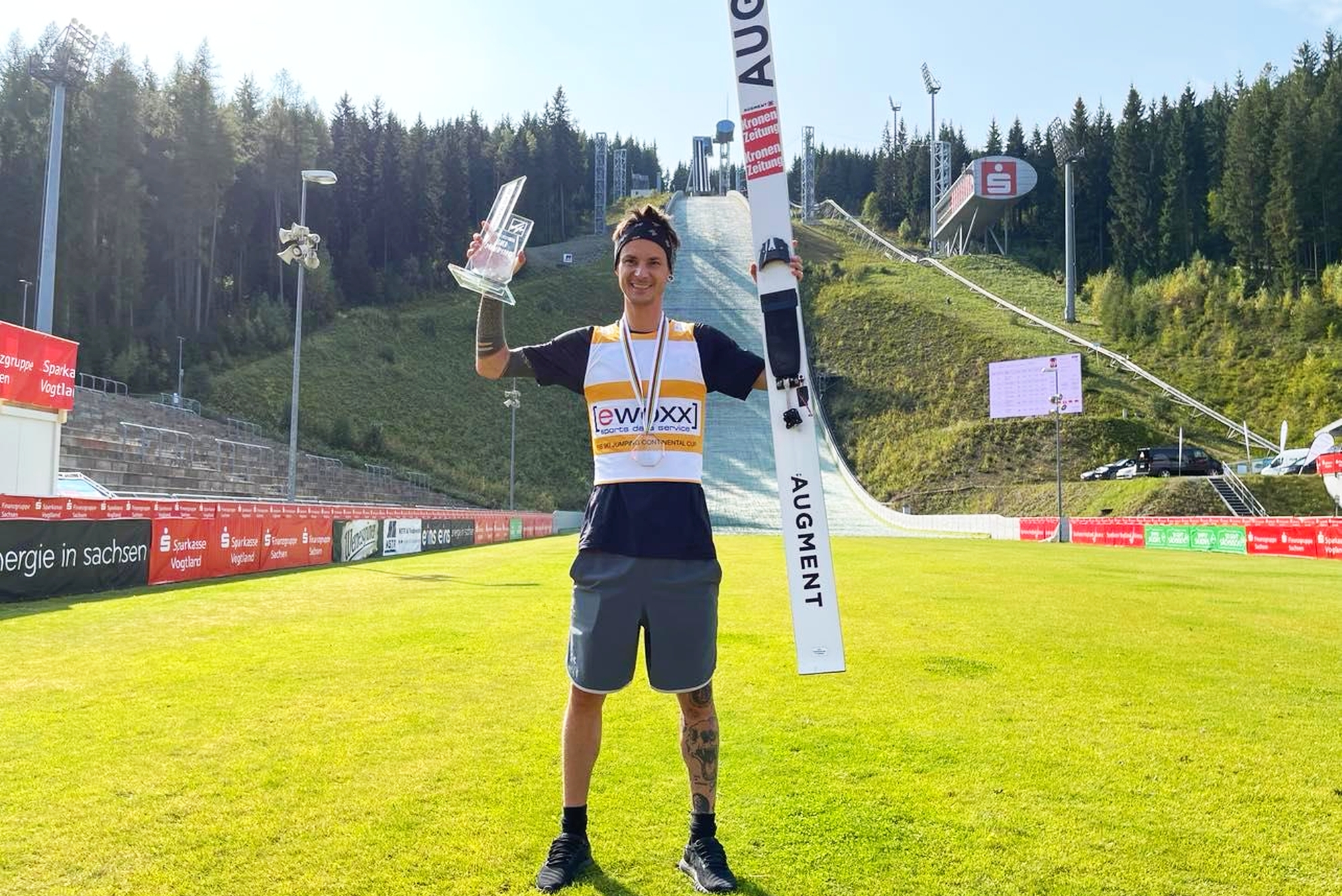 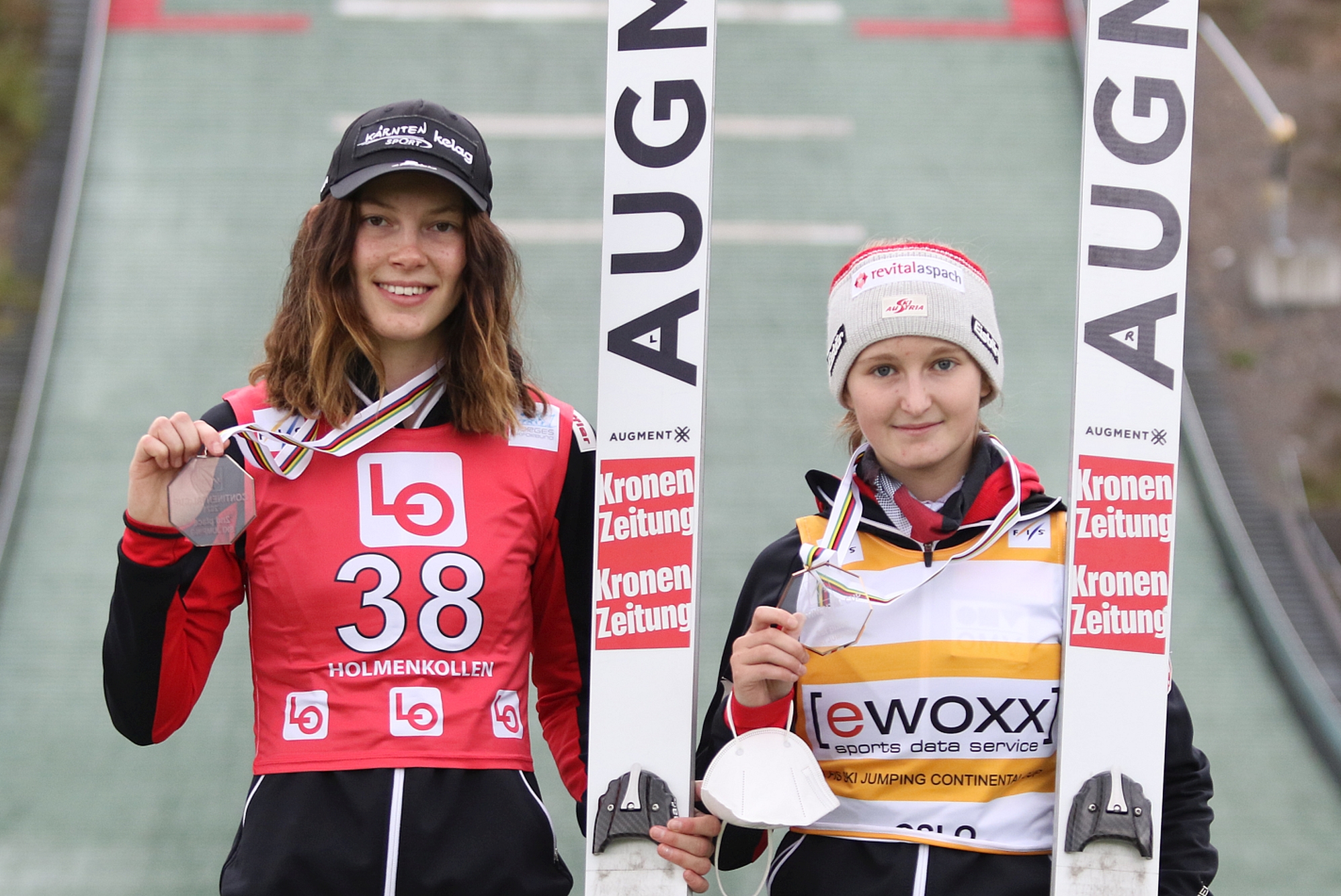 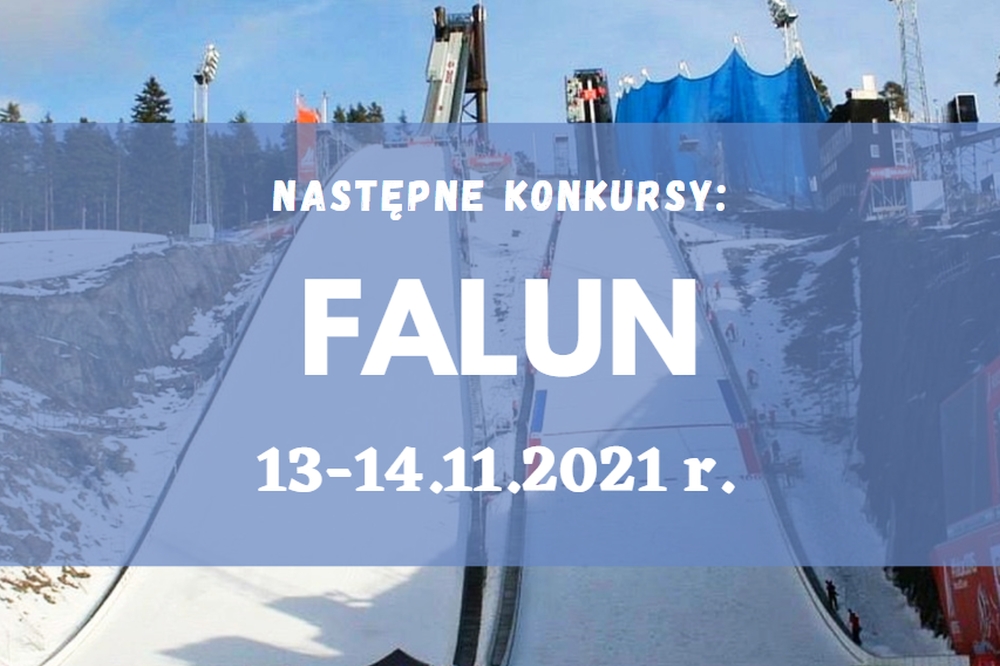 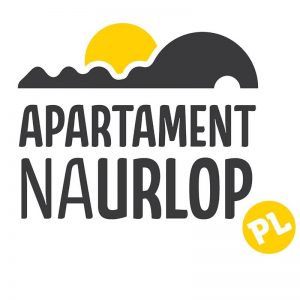 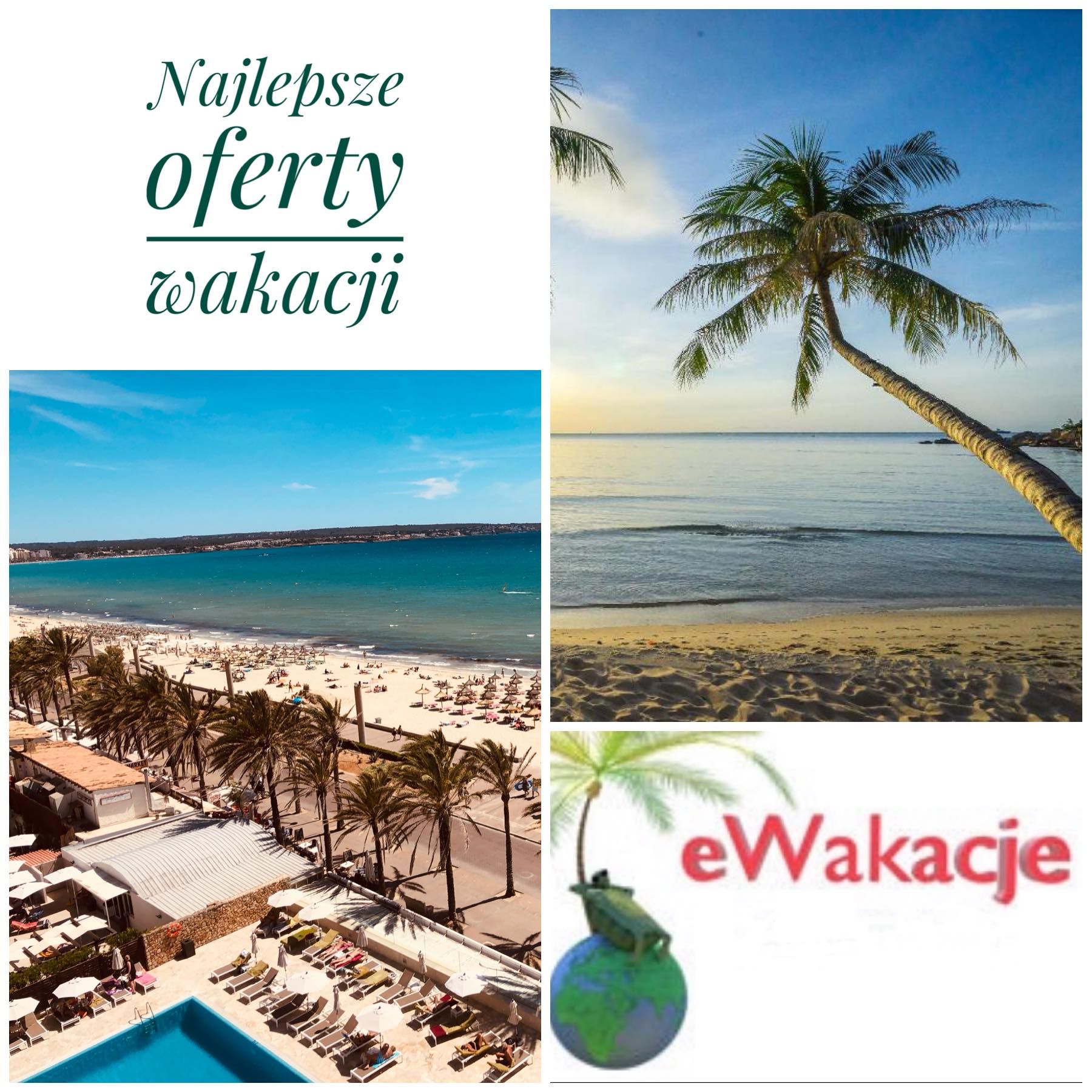